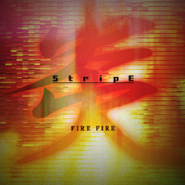 FIRE FIRE's new dance stage in DDR 2013.
Add a photo to this gallery

Cute, but seriously, the title refers to more of a general term.
Personally, I like this song. It's something like you would hum at night in the bathtub.

Retrieved from "https://dancedancerevolution.fandom.com/wiki/FIRE_FIRE?oldid=13810"
Community content is available under CC-BY-SA unless otherwise noted.