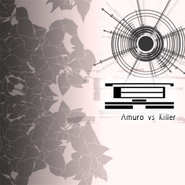 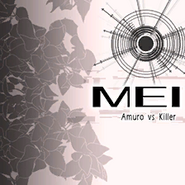 冥's Single Challenge chart's most difficult section is a 200 BPM 16th note stream with Afronova walks.
Add a photo to this gallery

The theme of this song is the sorrowful fate of a single man. Cursed with eternal separation from his family, he boards a shuttle alone in silence. I'll leave the story from here on to your imagination. I hope you can draw the story from the sound of the music.

I, Killer, have teamed up with D.J.Amuro to prepare the song with the highest number of notes so far. I hope you, too, can experience the "Solitary journey to Pluto, from which there is no return".

I composed this video from the simplification of a certain object and used tantalizingly slow movement. It'd be neat if you saw the character 冥 looking at it from a different angle.

Retrieved from "https://dancedancerevolution.fandom.com/wiki/Mei?oldid=14992"
Community content is available under CC-BY-SA unless otherwise noted.