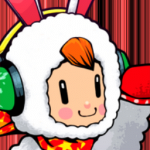 I have a question. Are articles for players allowed on this wiki, or just songs? If you could tell me, thanks! Planterobloon, the dungeon master (talk) 23:12, January 9, 2014 (UTC)

No problem at all... I know the bio data of these DDR characters I can see this in the east invasion website. By the way, I can get some DDR character pics on their previous appearance. For today I tried to make their biodata of the characters. BlazeSeed366 (talk) 09:07, February 24, 2014 (UTC)

BlazeSeed, I think that Planterobloon meant DDr players, not characters. I think we wanted to make pages regarding well-known DDR players, like BRO-SONI, RIN-GO!, ICNH, etc. but, the admin (BeachSideRAGE) said he would prefer not to include DDR Players as they are not exactly a part of the game.

So the DDR players are the characters in the games' franchise? I'm also playing this game too and I'm not making songs like they did. I just made Tracy, Janet, Akira and Johnny's bio data here so he will understand.

Didn't you know that there's another DDR wiki that I found in google? The bio data of the characters are already there and the wiki was www.dancedancerevolution.wikia.com. BlazeSeed366 (talk) 09:26, February 25, 2014 (UTC)

Hey, Caramelangel714, you should ask that to BlazeSeed366, since he/she is the bureaucrat of the wiki, but I don't think there will be a problem of adding some songs to the wiki. Btw, Caramelangel714, we are still interested by an affiliation with your Pop n' music wiki to the Konami series wikis (castlevania wiki, Konami wiki, Suikoden wiki, DanceDance revolution wiki etc). We dropped a request in your wiki in your respective message wall including Gj340wikia5000's message wall, but we haven't received a response so far. Please tell me if you are interested by the affilation between our wikis. Regards. Baffou (talk) 18:58, August 11, 2019 (UTC)

Retrieved from "https://dancedancerevolution.fandom.com/wiki/User_talk:BeachSideRAGE?oldid=21125"
Community content is available under CC-BY-SA unless otherwise noted.