Unknown except for indistinguishable samples of whispers in the song. 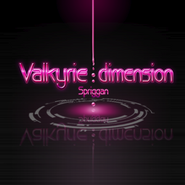 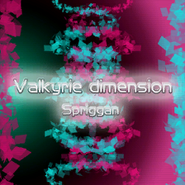 Dark Rinon in the intro movie when Valkyrie dimension is played as an Encore Extra Stage.

The pink dance stage used exclusively for Valkyrie dimension. Also shown is Dark Rinon (left) as a boss character vs Rage (right).
Add a photo to this gallery

Retrieved from "https://dancedancerevolution.fandom.com/wiki/Valkyrie_dimension?oldid=16869"
Community content is available under CC-BY-SA unless otherwise noted.